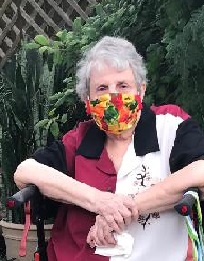 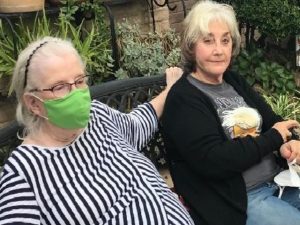 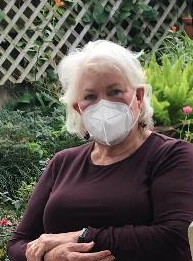 October 3, 2020 — Florence of Arabia, with thanks to hostess: Ruth Askine

February 1 2020 — Let Her Fly: A Father’s Journey  by Louise Carpenter and Ziauddin Yousafzai

Lunch and book discussion — Hidden Figures: The American Dream and the Untold Story of the Black Women Mathematicians Who Helped Win the Space Race by Margot Lee Shetterly.  Our special guest is Catherine Osgood, one of the “hidden figures” who features in the book.

The phenomenal true story of the black female mathematicians at NASA whose calculations helped fuel some of America’s greatest achievements in space. Soon to be a major motion picture starring Taraji P. Henson, Octavia Spencer, Janelle Monae, Kirsten Dunst, and Kevin Costner.
Before John Glenn orbited the earth, or Neil Armstrong walked on the moon, a group of dedicated female mathematicians known as “human computers” used pencils, slide rules and adding machines to calculate the numbers that would launch rockets, and astronauts, into space.

Among these problem-solvers were a group of exceptionally talented African American women, some of the brightest minds of their generation. Originally relegated to teaching math in the South’s segregated public schools, they were called into service during the labor shortages of World War II, when America’s aeronautics industry was in dire need of anyone who had the right stuff. Suddenly, these overlooked math whizzes had a shot at jobs worthy of their skills, and they answered Uncle Sam’s call, moving to Hampton, Virginia and the fascinating, high-energy world of the Langley Memorial Aeronautical Laboratory.

Even as Virginia’s Jim Crow laws required them to be segregated from their white counterparts, the women of Langley’s all-black “West Computing” group helped America achieve one of the things it desired most: a decisive victory over the Soviet Union in the Cold War, and complete domination of the heavens.

Starting in World War II and moving through to the Cold War, the Civil Rights Movement and the Space Race, Hidden Figures follows the interwoven accounts of Dorothy Vaughan, Mary Jackson, Katherine Johnson and Christine Darden, four African American women who participated in some of NASA’s greatest successes. It chronicles their careers over nearly three decades they faced challenges, forged alliances and used their intellect to change their own lives, and their country’s future.
Link to buy on Amazon:   https://smile.amazon.com/Hidden-Figures-American-Untold-Mathematicians/dp/0062363603/ref=sr_1_1?ie=UTF8&qid=1491731459&sr=8-1&keywords=hidden+figures+book

Lunch and book discussion — Chemistry & Compassion
Saturday April 1, 2017 (no fooling)
The Branch Members said an early farewell to departing president Kathy Mallory and presented her with a lovely AAUW Past President’s pin.

“Amy Le Vesconte was born at the end of the nineteenth century but exemplified the modern teacher and woman scientist of the twenty-first century. She earned her PhD in chemistry in 1931 and devoted the next four decades to teaching chemistry to young college women at Mary Hardin-Baylor College in Belton, Texas and two other women’s colleges. She imbued her teaching with humor, fun, and creativity that helped overcome the students’ fear of science. Fun loving and adventuresome, she caught the travel bug when she took a road trip with three other women from Minnesota to Philadelphia in 1926 in a Model T Ford. After that, whenever possible, she traveled around the country and around the world, often keeping a diary. Her accounts of Taiwan (formerly Formosa) and Japan in the years prior to the outbreak of World War II are especially interesting. Deeply grounded in her faith, she lived a life of service, giving generously of her attention and love to nurture young people wherever she saw the need. She was especially caring of international students. Although she never married, she enjoyed a large family of adoring former students around the world, who faithfully kept in touch with her over the years.” from EXLIBRIS

Lunch and Tour
Saturday October 26, 11 am until about 5 pm

ANAHUAC NATIONAL WILDLIFE REFUGE, Darlene Prescott, board member for the Refuge, who has written a book on Texas alligators. The Refuge is located on the east side of Galveston Bay and south of I-10. Meet at a member home in Pasadena to carpool to the Refuge for lunch and tour.